The existence of finance industry (multi finance) in Indonesia is actually not too long ago, especially when compared with developed countries. From several sources, it is known that this industry began to grow in Indonesia in 1974. Its birth is based on a Joint Ministrial Decree (SKB) of three Ministers; Minister of Finance, Minister of Industry, and Minister of Trade.

A year after the issuance of the joint decree, PT Pembangunan Armada Niaga Nasional was established in 1975. Then, the Company changed its name to PT (Persero) PANN Multi Finance. Then through the Presidential Decree (Keppres) no. 61/1988, which was further followed up by Minister of Finance Decree no. 1251 / KMK 013/1988, the Government opens wider opportunities for the finance business, with activity coverage including leasing, factoring, consumer financing, venture capital and credit cards.

Being a similar industry, the development of leasing industry is relatively slower compared to the banking industry. Especially when compared to the banking era of post 1988 Deregulation Package where banks emerged and mushroomed. The Government's banking deregulation has produced large numbers of banks, although in a small scale. But many people pointed this 88 Deregulation Package being the source of furture gloomy banking period. The peak, occurred in 1996 when the government liquidated 16 banks followed by the entry of several other banks in the care of the Indonesian Bank Restructuring Agency (IBRA).

However, finance companies are also capable of developing quite impressively. Until now, leasing in Indonesia has participated in the company's financing. The type of goods financed continues to increase. If previously it is focused solely on transportation, it now includes offices, manufacturing, construction and agriculture. This indicates that multifinance is increasingly recognized by national business players.

There are some interesting things if we look at the concentration and development of leasing companies. In the era of 1989, for example, this industry in Indonesia tends to increase its assets. The hunt for such assets is caused by economic challenges because they make them appear bigger, healthier and stronger. Companies that stayed in the original scale were in trouble and eventually closed altogether.

With a large asset and business scale, corporate perceptions are more reliable than others. For those whose capacity is limited, they try to keep appearing majestic and handsome. Then, start lyrics and mutual exploration. The next scenario, many leasing companies are joined in one group. This step seems to have a positive result. In addition to capital and bubbled assets, credibility and market control are also boosted.

But the puffing spirit of asset gradually faded. In the following year (1990), the leasing industry began to return to its basic economic principles. They prefer as much profit as possible. Actually, this orientation change is triggered by the increasingly tight competition in the leasing industry. As a result, prudence is somewhat neglected. The indication, the requirement to get the lease becomes more loose. In fact, reportedly in Bengkulu, one can get a lease just by submitting an ID Card (KTP).

In 1991, there was once again a major change in the finance company. Along with the tight money policy (TMP = Tight Money Policy), better known as Sumarlin I and II Breakthrough - interest rates also skyrocketed. As a result, many already approved credits must be postponed.

In terms of capital, TMP resulted multi-finance companies ran out of blood. The flow of funds that should be folded if any, the price is very high. That is why many of them combine their efforts by joining, they are easier to get credit, including from abroad.

On July 2nd, 1982, the leasing companies in Indonesia formed their own organization named Indonesian Leasing Association (ALI) with its domicile in Jakarta.

This association served as the sole communication forum among the leasing companies in Indonesia. In this forum they together talk about and solve various problems encountered. ALI is also present to fight for the interests of its members to the government on the one hand and on the other hand, this organization also intends to be a bridge to forward the wishes and guidance of the government to its members.

A series of ideal targets became the goal of the establishment of ALI. Among them to promote and develop the role of financing institutions in Indonesia and contribute to the national economy.

The presence of ALI has been benefited all leasing business players in Indonesia and ALI has successfully conducted various activities for the benefit of its members, including assisting the development of leasing industry in Indonesia together with the Government.

Along with the growth of the financial services business sector and to accommodate the aspirations of all its members, on July 20th, 2000 a decision was made to change the name of the association from ALI to Indonesian Financial Services Association (IFSA) has been adopted.

In its development, on December 21st, 2000 the Indonesian Factoring Association (AFI) has also merged into IFSA.

The above mentioned decision was in line with the members business existence that financial services companies are allowed to undertake the business activities of leasing, factoring, consumer financing and credit cards.

In accordance with the purpose of its establishment, APPI together with the government continues to give contribution and more meaningful role in the improvement of the national economy, especially in the financial services business sector.

Logo Of The Association

Chairman of Supervisory Board 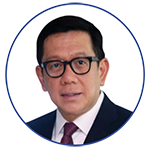 Member of Supervisory Board 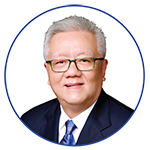 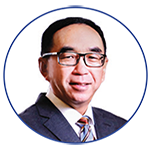 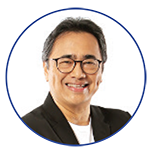 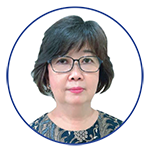 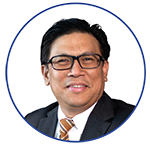 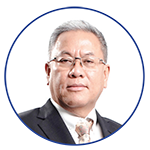 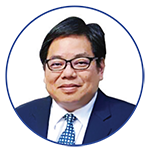 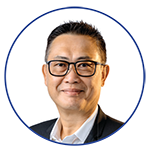 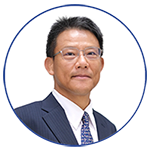 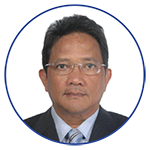